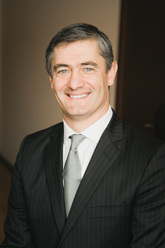 Marek Forysiak is the Founder of the Group and the Principal Managing Partner at MARFOR International Advisory.  He is also the Chief Executive Officer at MARFOR Capital, responsible for overseeing all principal investments of the Group.
Mr. Forysiak's financial services career spans over 25 years as an executive officer, director, c-level advisor and investor.  He was most recently President at PayCommerce, Inc., a later-stage financial technology company, where he was instrumental in applying both his global business acumen and strong understanding of capital to help lead the Company through its first institutional funding round.  Immediately prior to PayCommerce, Mr. Forysiak was the Chief Executive Officer  and Member of the Supervisory Board at Commercial Bank Russkiy Slavianskiy, based in Moscow, which was one of several portfolio Company's of the Trustcom Group managed by Mr. Forysiak.  Prior to joining Russlavbank, Mr. Forysiak was the Chief Executive Officer and Vice Chairman of the Board of Directors of Renaissance Capital Consumer Finance Group between 2006 - 2010, a leading retail banking organization in Russia and CIS Region.  Mr. Forysiak also held senior executive positions at Chemical Bank, AIG and JPMorgan Chase over his career.  He has served as a public director between 2009 and 2012 of the largest worldwide spirit producer, CEDC and was also the Chairman of the Audit Committee.  Mr. Forysiak is the founder of MARFOR Asset Opportunity Fund, a specialized real estate investment vehicle established for acquiring triple net lease commercial properties.  Mr. Forysiak (Major) is a retired combat veteran with over 20 years of active duty and reserve military service.  He was commissioned as a Second Lieutenant, Infantry in 1987.  He is graduate of Montclair State University receiving his BA in Political Science and graduate of Columbia University Executive Management Program.  Marek is fluent in Polish, and has a basic fluency of Russian. He has wife of 25 years and two daughters.  MForysiak@MARFORAdvisory.com

Quentin "Ki" Foley is the Key Engagement Partner at MARFOR International Advisory.
Mr. Foley has recently joined MARFOR and has assumed the leadership role in building our advisory practice as well as being a member of the Investment Committee at MARFOR Capital.  Prior to joining the Group, Mr. Foley was an executive director and client portfolio manager at JP Morgan's Multi-Asset Solutions team, where he was responsible for retail and insurance distribution channels, delivering diversified bespoke global multi-asset class solutions.  Quentin began his career as a retail financial consultant at Merrill Lynch.  He first joined JP Morgan Chase in 1996, in the interest rate derivative group covering financial institutions.  He later spent 7 years with ABN AMRO / Royal Bank of Scotland, and 2 years with TD Bank before returning to JPM Morgan, where he was responsible for building their interest rate and equity derivative solutions team covering the US insurance, asset management, pension and securitization client sectors.  He helpled cooridnate and synchronize their firm's asset liability management solutions, regulatory capital advisory, and balance sheet managment consultation.  Quentin is also a retired US Army Lieutenant Colonel with over 22 years of combined active duty and reserve service with leadership experience ranging from platoon level combat experience, to the theatre and strategic levels.  Quentin is a graduate of Seton Hall University with a BA in Political Science.  He also graduated from the US Army Command and General Staff College.  He is FINRA Series 7 and Series 63 licensed and NFA Series 3 licensed.  Quentin has a wife of 26 years and two children.  At MARFOR, Quentin is also responsible for leading all Veteran related undertakings. QFoley@MARFORAdvisory.com 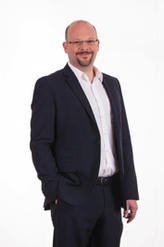 Hermann Tischendorf is a Senior Partner at MARFOR International Advisory.
Mr. Tischendorf has recently joined MARFOR and has assumed a leadership role in our Russia / CIS advisory practice as well as being a member of the Investment Committee at MARFOR Capital.  Prior to joining the Group, Mr. Tischendorf was the CIO/CTO for Eurasian Bank, one of the top Kazakh universal banks.  At Eurasia Bank, Mr. Tischendorf was responsible for designing and leading the digital transformation strategy since 2012, with the Bank being recognized numerous times for its technical innovation.  Prior to Eurasia Bank, Hermann held executive roles as Vice President of strategy and innovation as well as Vice President of business development while at Russlavbank and Russian Standard Bank, the latter being one of the largest independent retail banks in Russia.  From 2002 to 2009, Mr. Tischendorf held Group CIO positions at Raiffeisenbank and its subsidiary entities as well as CIO for Renaissance Capital Consumer Finance Group, also based in Russia. Mr. Tischendorf is a Certified Information Systems Auditor (CISA) and a registered Management Consultant in Austria.  He holds a master degree in business administration from Karl-Franzens Universitaet, Austria.  Hermann is fluent in German, English and Russian.  He is married and father of two daughters.  HTischendorf@MARFORAdvisory.com